Edit
watch 01:36
We're Getting Mutants in the MCU - The Loop
Do you like this video?
Play Sound

Sun Kingdom
Neil ( ニ ー ル , Nīru ) is Livius's royal butler and serves as something of a tutor for Princess Nike. He often accompanies Livius during his travels and is a personal confident to him. He started serving Livius nearing the end of the Great War.

Neil has short, grey hair and puce-coloured eyes. He is never seen without his proper butler's uniform and glasses.

Neil is loyal, observant, thoughtful and reliable enough that Livius allows him close access at all times and to accompany him wherever he goes.

Neil is shown to also be a rather strict individual when it comes to tradition.

Neil grew up in a small village and was raised by his neglectful uncle after his parents died during an epidemic. When he was 7, his village was destroyed by bandits and was sold to an underground trade guild. It was then he met Ain and his younger sister Seira, both of whom he developed a close relationship with. It was Ain who gave Neil his glasses and he became known as a prodigy for his intelligence and being able to handle multiple tasks. When Neil discovered Ain being whipped for taking an assassination job outside of the guild, Neil took the blame for him and was brutally beaten. Shortly after, the town was attacked by the Ice Kingdom. Neil, Ain, and Seira escaped the chaos. Ain convinced Neil to travel to the royal Capitol while he and Seira stayed with the guild. Neil refused to leave but Ain said Neil’s skills would earn him the trust of the royal family and he could get them to let Seira get medical treatment. Upon arriving at Ginitriax, he entered the military academy. After graduation, he was hired as a civil officer for the royal family of the Sun Kingdom during the war. It was then he met Livius, who had just ascended the throne. Neil described Livius as not a child but a machine controlled by the world who had lost any glimmer in his eyes, worked day and night with a menacing composure, and was indifferent towards people, especially those involved in the previous war.

Neil was worried for Livius as he neglected his health and took drastic measures, such as taking medicine to sleep and not eating, to protect himself from assassination attempts. Livius grew weak and angrily rebuffed Neil’s attempts to help him. Livius appointed Neil as his chief secretary in exchange for Neil’s silence.

One day, Neil discovered Livius was taking hard medicine to sleep and tried to reason how he was weakening himself. Livius lashed out that as king of the world, Neil had no authority to tell him what to do and he wouldn’t mind dying since no one would miss him. Neil countered that Livius was still just a child who had yet to really live his life and Neil said he hated people who didn’t cherish themselves. This impressed Livius and he smiled for the first time. Since then, Neil remained the one person who never left Livius’ side since he became king.

Three years later, Neil helps make arrangements for a betrothal between Livius and a princess from the Rain Dukedom. Although he is displeased with Nike for her brazenness to criticize and defy Livius, he accepts her as a prospective queen and wife for Livius when it becomes apparent Livius desires to officialize the engagement. Neil is tasked with educating Nike on how a future queen is to behave, such as dancing, fashion, literature, socializing with women of the court, and table manners. 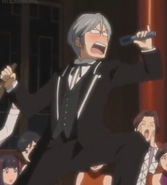 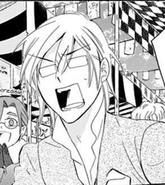 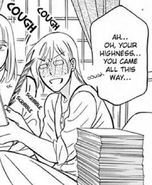 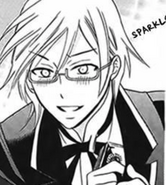 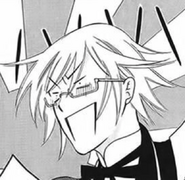